No matter how you phrase it, we’ve come out on top once again. Engineering News Record has just unveiled the top food and beverage design firms in the country, and Dennis Group is proud to hold the number one ranking for a fifth consecutive year!

This annual ranking relies on self-reported design revenue from participating companies. Newcomers to the top 10 include Haskell, Mead & Hunt, and Wood, who bolstered their position by acquiring Amec Foster Wheeler last year. Year-over-year food design revenue grew significantly for several companies on the top 10 list, while others saw their part of the pie shrink. However, Dennis Group had the largest jump in gross revenue year-over-year: a $16 million increase.

ENR ranks the top 500 design firms in the country, and we rose 38 positions in the last year to sit at 210. We're also now ranked as the #14 design firm in industrial processes, right behind the famed AECom! 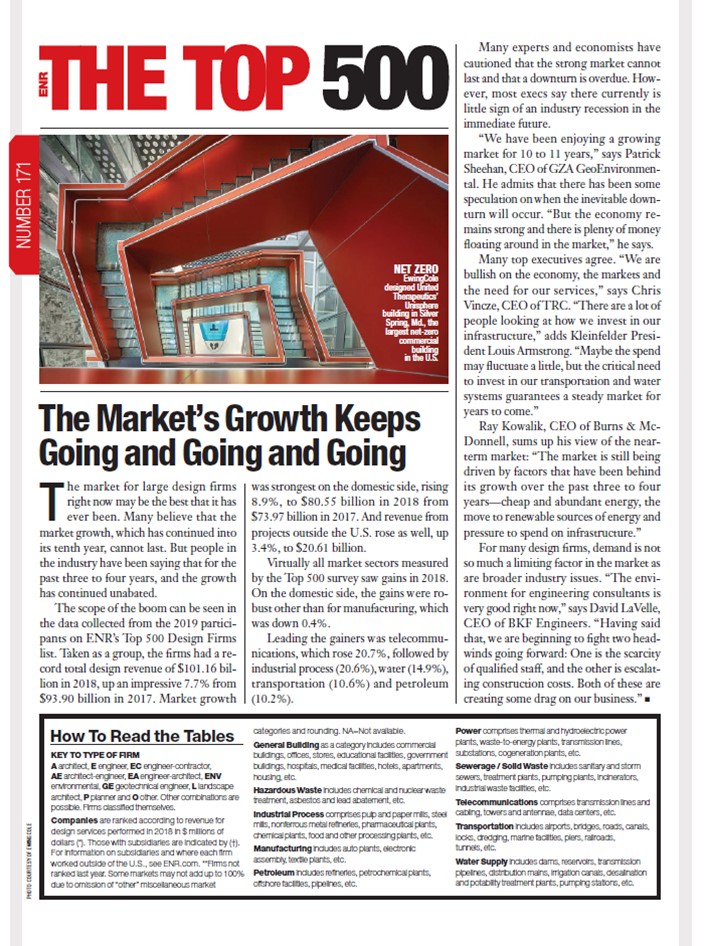 Thank you to all our colleagues for your hard work. Delivering successful projects for our clients is what propels our sustained growth. So, let’s celebrate as we work towards another great year!